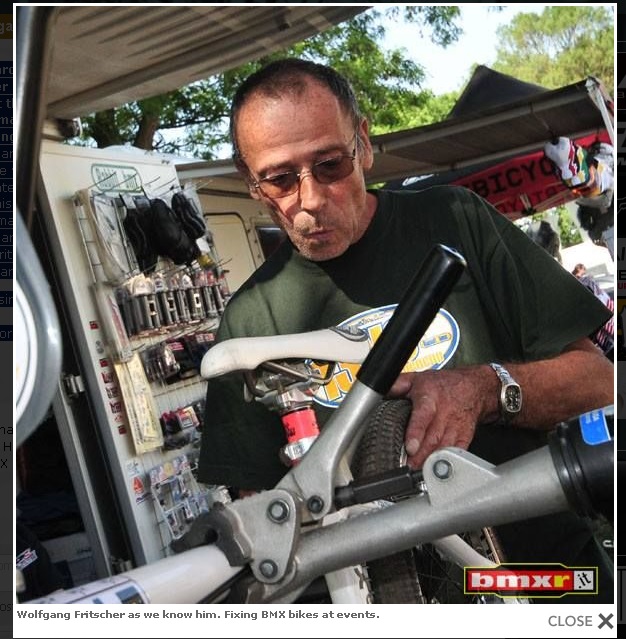 Last week we heard about the sad news that Mr. Rabbit -BMX Wolfgang Fritscher had passed away. Wolfgang was battling Leukemia and lost the tough fight. If you were a part of the BMX scene in Germany in the ’80-s and ’90-s you will remember Wolfgang. He was the first person to show up at the 1982 Open European BMX championships in Beek en Donk with his son Thomas. He was racing a Centurion bike at the time if I remember right. Later on Wolfgang started Rabbit BMX in Bremen and took his trailer with parts and tool box to all the fun BMX events in Germany and abroad. He later became the Redline distributor and put the brand on the map on the German racing scene. Mr. Fritscher had a big BMX heart and had a helping hand for many of us when in need.

After selling his business he moved to Tenerife to enjoy life even more, but not long enough.
Thanks Wolfgang for the good times and what you put into BMX. You will be missed.(BdJ) http://www.fatbmx.com/bmx/news/article.php?storyid=33981